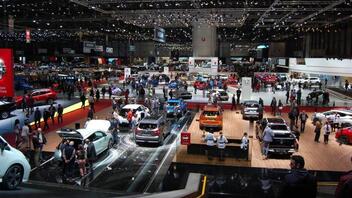 The EBU welcomes a decision by the European Parliament plenary to formally endorse new legislation requiring that radio sets in new cars across the EU are capable of digital terrestrial radio reception. The EU 'Electronic Communications Code' is expected to be approved by the European Council in the course of November and enter into force towards the end of 2018.

The new code requires that radio sets integrated in new passenger vehicles across the EU are capable of digital terrestrial radio reception, in addition to existing FM or AM functionality. With new car sales during the first half of 2018 of nearly 8.5 million vehicles (source: ACEA), this represents a huge boost to digital radio. Once the directive comes into force, countries will have a two year period within which to transpose the code into national legislation.

The directive also gives formal EU consent for member states to introduce their own rules on mandating digital functionality in consumer receivers, as has been seen in Italy and currently exists in France. Such a ruling would provide a similar level playing field for the home market, although the precise definition of what constitutes an applicable radio device would be key.

"Any car radio receiver integrated in a new vehicle of category M [motor vehicles with at least four wheels designed and constructed for the carriage of passengers] which is made available on the market for sale or rent in the Union from … [two years after the date of entry into force of this Directive] shall comprise a receiver capable of receiving and reproducing at least radio services provided via digital terrestrial radio broadcasting."

Voicing his support on behalf of the European Digital Radio Alliance, the EBU's Head of Radio, Graham Dixon said:

"Individual countries are at different stages of digital radio implementation. This directive will ensure that transition is smoother for all territories, as well as ensuring that vehicles crossing national boarders will continue to receive radio throughout Europe. Though we nowadays enjoy a variety of platforms, digital radio provides for stable, subscription-less radio reception without dependence on intermediaries, universally available and not susceptible to data overload. We can be pleased that the European Parliament has recognised the importance of secure radio reception in this way."

"The European Parliament decision is a strong message of support for the digitization of radio. Radio is a popular and appreciated service in the car, and digital radio provides more choice and quality to listeners. This requirement moves the market towards better serving the listeners and we see it as an important step in the evolution of radio."

The EBU has published Recommendation R138, concerning the deployment of digital radio across Europe. This covers the standards that should be used across both digital and hybrid radio, as well as recommendations on the coordination of timetables for digitization.