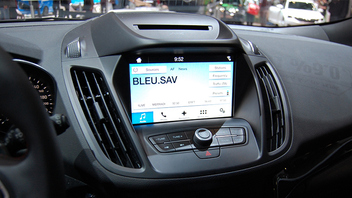 March saw the Geneva motor show return for another year and a chance to check where manufacturers are headed in terms of their audio feature set. Radio listening remains strong in cars, but the broadcast industry needs to consider cars as important a platform for digital growth as mobile apps and connected home devices have been in the past, get in the driver’s seat and make sure its services remain visible and attractive propositions.

Connected – but not always to broadcasters

The leap forward for 2018 is the rise of the Connected Car. The requirement for all new cars sold in the EU from April to have at least minimal connectivity for recovery and safety reasons – the eCall initiative – has doubtless spurred this on, but it is also as likely that manufacturers see new business in becoming service providers for media.

The good news for broadcasters is that, on the whole, the options for reaching listeners in cars are now wider than ever. Models with only FM/AM connectivity are in the minority, and DAB/DAB+ features as line-fitted or as an accessory across the majority of brands. Touchscreens are the norm, often completely replacing hard buttons, making the entertainment system look more like a tablet on the dashboard rather than a traditional radio device. Many cars also include Android Automotive or Apple CarPlay support, meaning that your phone could be used to entirely drive the interface.

On the less positive side, in many cars the user interface provided for radio functions is in dire need of a refresh. Looking like digital versions of an old analogue tuner, displaying meaningless technical information – like the DAB ensemble name – or even just not making use of available imagery and branding means that in some cars radio looks uninspired against the new media competition. This is a topic that has been tackled by the WorldDAB Automotive UX group, who have recently published guidelines for in-car entertainment systems.

Smart Assistants in the passenger seat

Voice control and smart speakers have been the big buzz across audio devices in the past year or two, and some car manufacturers have now followed suit and announced or demonstrated a degree of integration with these systems. Voice commands in cars is not a new technology, but adding a potentially more capable cloud-based system like Amazon Alexa or Google to the entertainment system could be transformative in the coming years. This was not widely on display during the Motor Show, although Alexa skills for querying and controlling the car through your phone or home device were – to make your car honk when you’ve forgotten where it was parked for example.

The outlook for radio

The dashboard is changing faster than ever. The outlook for radio services is that they still form part of that, but perhaps not as the default audio option. A number of initiatives are seeking to improve this, from the EBU, WorldDAB, RadioDNS and others. Broadcaster-created connected car apps that can respond to voice control may provide a means of prominence for certain key brands, but means of discovering others could suffer.

One thing is for certain – what happens to radio in the car during the next few years will be crucial.