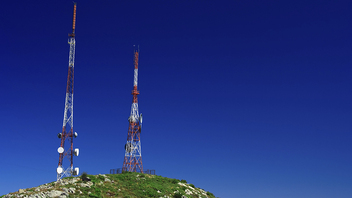 As the WRC-15 enters into its fourth and final week, negotiations on the future use of the UHF band are yet to be concluded. These discussions often revolve around the question whether or not the terrestrial broadcast networks will still be needed in the future. For the broadcast industry and the majority of participating administrations, the answer is a resounding ‘yes’. Terrestrial broadcast networks deliver a substantial economic, social and cultural value which cannot easily be replicated on other platforms.
Another recurring question is the capability of wireless broadband technologies such as LTE to deliver audiovisual media services in accordance with broadcasters’ requirements and their regulatory obligations. This issue has been examined in a first-ever, joint study by broadcasters and the mobile industry. The results have been published in the EBU Technical Report 027.
The study concludes that further technical developments of LTE, including eMBMS, are required. However, the technical capabilities alone would not make LTE eMBMS a viable TV platform, let alone a good candidate to replace Digital Terrestrial Television (DTT). There are a number of issues that need to be addressed such as the network coverage, quality of service, the possibility of free-to-air delivery, new business models, regulatory conditions, prominence of the public service media, and costs.
LTE could be an important complement to the broadcast distribution platforms. However, it is not realistic to expect that LTE will become a viable alternative to broadcast distribution, including terrestrial TV networks (DTT), in the foreseeable future.
Spectrum regulators have a difficult task to balance many different, often conflicting, requirements. In doing so, it is important that their decisions are evidence-based and take into account both the anticipated market demand and the actual spectrum use. They should also be aware that eMBMS does not require a specific spectrum allocation as it can be implemented in any frequency band used for LTE.
The WRC-15 outcome should facilitate development of all radiocommunication services, including terrestrial broadcasting. The UHF band is the only globally harmonised spectrum for terrestrial broadcasting. A clear decision to keep this allocation unchanged for the foreseeable future would encourage investments in further development of broadcasting technology, networks and services, thus preserving and potentially increasing the value of the DTT platform.