Industry works on a common understanding of future networked media 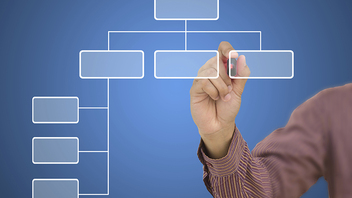 On its journey to build a common approach to networked-based media production (NMP) systems, the EBU/SMPTE/VSF Joint Task Force on Networked Media (JT-NM) met to discuss its plans for the last stretch towards the publication of its Reference Architecture (RA) version 1.0 by the International Broadcasting Conference (IBC) in September this year.

A direction to achieving common interests

There is common interest among many media organisations, system designers and technology vendors to have a media production system that can be made of components provided by multiple vendors, to avoid lock-in and be free to select the best of breed of components. There is also a demand from the users that this next technology evolution bring new business opportunities, like producing and valorising more content with the same resources, enabling cross-platform production, and supporting more direct interaction with the audience. The JT-NM has taken the mission to guide the industry in this direction.
Not only one, but two meetings recently took place to discuss the topic. The first took place at Net Insight in Stockholm on 09-10 February and the second took place alongside the VSF Annual VidTrans Conference on 26 February in Los Angeles. The outline of the final report was fine-tuned and new workgroups were set up to develop the missing pieces.

At a high level, the RA will provide a number of models and descriptions that will give a generic representation of the new paradigm. This will provide the “big picture” that will be useful to facilitate the communication between the different players involved in the design and utilisation of those systems that come from different backgrounds, be it media business managers, media production staff, broadcast media engineers, IT or networks experts. It will be a bit “like what the OSI model is for the network domain” said Chuck Meyer from Grass Valley during the meeting.

The pieces of the puzzle

Some functions of this architecture are fundamental to all media systems, such as timing, resource identity and device and service discovery. The RA will develop them further into frameworks to provide a systematic common approach. Each part is “like the pieces of the jigsaw puzzle,” suggested Pat Waddell from Harmonic. To support all of this, the RA will provide some case studies and a glossary.

Let’s not reinvent the wheel

The participants agreed that they are not inventing anything drastically new, but instead, are working together to build a common understanding of how to leverage Internet Technologies and practices from the IT enterprise for their applications of networked media and to fill the gaps when required. For instance, the specificities of timing is critical for many media applications and requires particular attention.