End of last year, the European Commission made a proposal to review the Directives of the Telecom Package adopted in 2002. The proposals have been actively discussed during 2008 as they tried to introduce significant changes to spectrum management.

Unlike traditional planning (allocation) of spectrum, the Commission suggested the introduction of a flexible market-based approach including service and technology neutrality, spectrum trading and auctioning.

The European Parliament made substantial changes to the proposals in its vote on the 23 September 2008 in order to balance the Commission’s views. On 27 November 2008, the European Council of Telecom Ministers made their vote.

The Weminar was intended for engineers and explained (in simple, non-legal wording):

For EBU Members, the presentation and a recording of the webinar will be made available in the Publications Library . 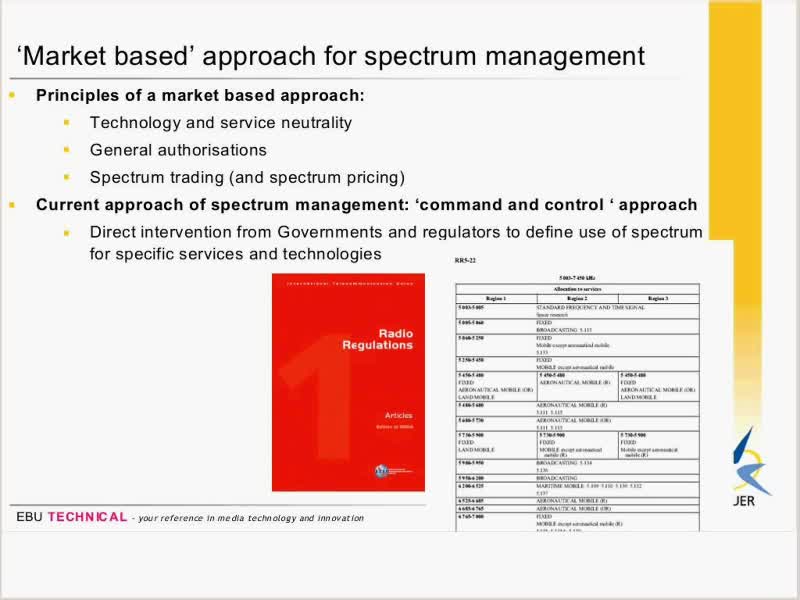