This webinar has reviewed possible technical approaches to Online Video distribution including Content Distribution Networks, P2P and adaptive streaming. Conclusions from the DVB Study Mission have been given. In addition, preliminary findings of the EBU Project group WMT (Web Media Technologies) and the EC funded project P2P-Next have been provided.

Franc Kozamernik has highlighted the importance and relevance of these findings for the EBU Member broadcasters. 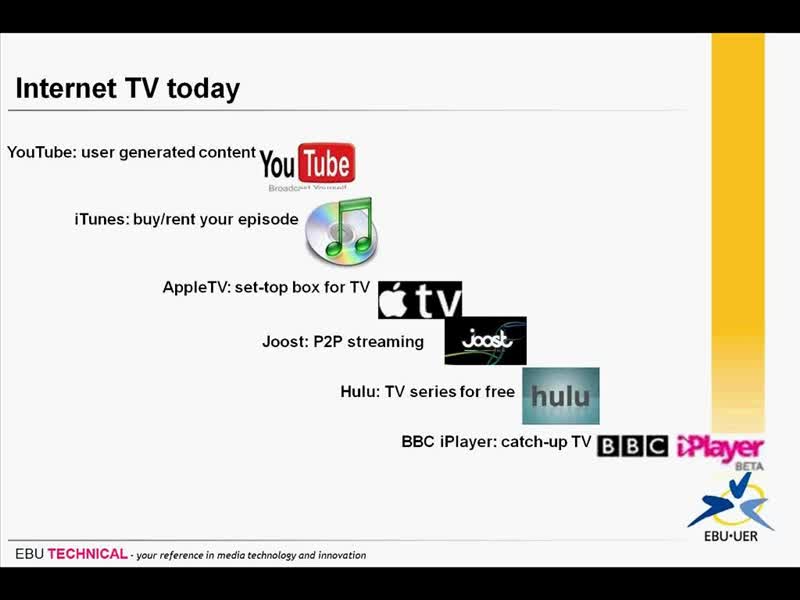