The Material eXchange Format Known as MXF is omnipresent in today’s TV production environment. It is the essence of most file based production workflows encountered at broadcaster’s premises. However several flaws in the standard or in its implementation practices have led to interoperability issues. The EBU HIPS – MXF group has been created in Q4 - 2009 to address those issues.

This webinar provided by Christophe Nufer - Chair of HIPS-MXF – provided an overview of the current achievement of the group and the current status of MXF technology in general.

For further information on MXF, you may contact Adi Kouadio (EBU) or Elisabeth Ecoffey (EBU). 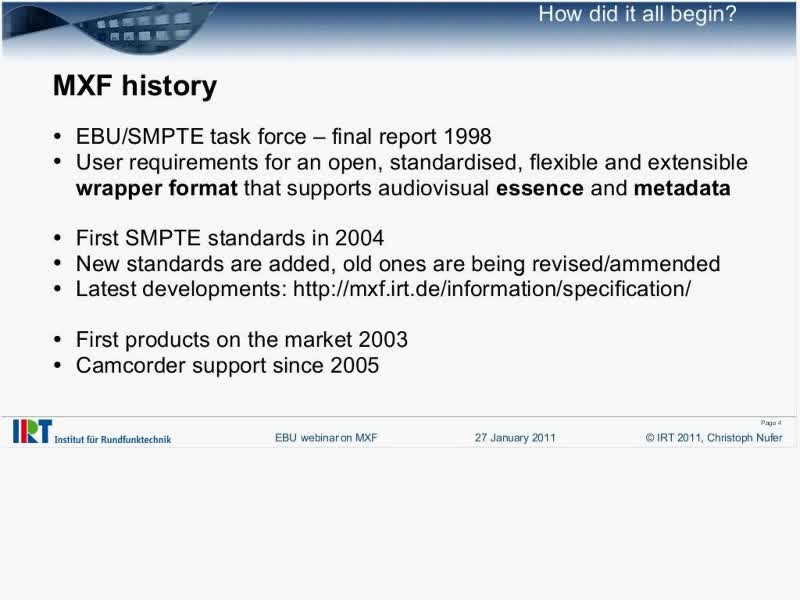