IBC is EBU’s main 'shop window'. EBU Members' opinions and recommendations remain among the most highly valued and respected in broadcasting. At the EBU Village a series of demonstrations were shown, and technical staff could answer questions about EBU policy and documents.

EBU’s Technology and Development Department has developed an open-source implementation of a hybrid radio production platform in order to showcase this technique this year. EBU Members are launching services that form a bridge between analogue/digital broadcasting and online services. EBU staff at the EBU Village were available to help you understand what this entailed.

HbbTV, MHP, YouView, MHEG-5 are the subject of much interest throughout the world. Who’s doing what? What are the functionalities of each? How will these important technologies live alongside IPTV services, manufacturer’s portals and other Internet 'blue-chip' driven initiatives? EBU’s stand at IBC demonstrated EBU-Member initiatives in this area.

For years, the EBU has predicted that at least future high-end HDTV production would move to a ‘full’ 1080 HDTV progressive format. Today products have been developed, and 1080p/50, as the next generation master HDTV format, has reached a status where a full chain, from cameras, via production and contribution and finally distribution can be realised with “off the shelf” equipment. The results were shown in the IBC 2011 demonstration. The 1080p/50 full real-time production chain may allow consumers to reach the next quality level of HDTV, and content producers to add more value to their assets.

At the same time 3DTV has reached, from the hype of the past years, a maturity and reality level that attracts the attention of all broadcasters, either for production for the international market, or in some cases for distribution to the home. The EBU showed some of the innovative production highlights of EBU Members in 3DTV.

2011 has been a milestone year for the Framework for Interoperable Media Services (FIMS) Task Force setup by the Advanced Media Workflow Association (AMWA) and the EBU, which will greatly facilitate the transition to IT and file-based programme production. It will provide a universal interface language for broadcasters and equipment makers to interconnect IT production elements. The EBU Village showed a demonstration of the system.

Broadcasters are also distributing via the internet to the home. EBU Technical demonstrated how progressive image formats are used with two internet-compression codecs at typical internet bitrates. IBC participants were able to suggest the resulting image quality for viewers in the home - on their second screen.

Audio peace is nigh 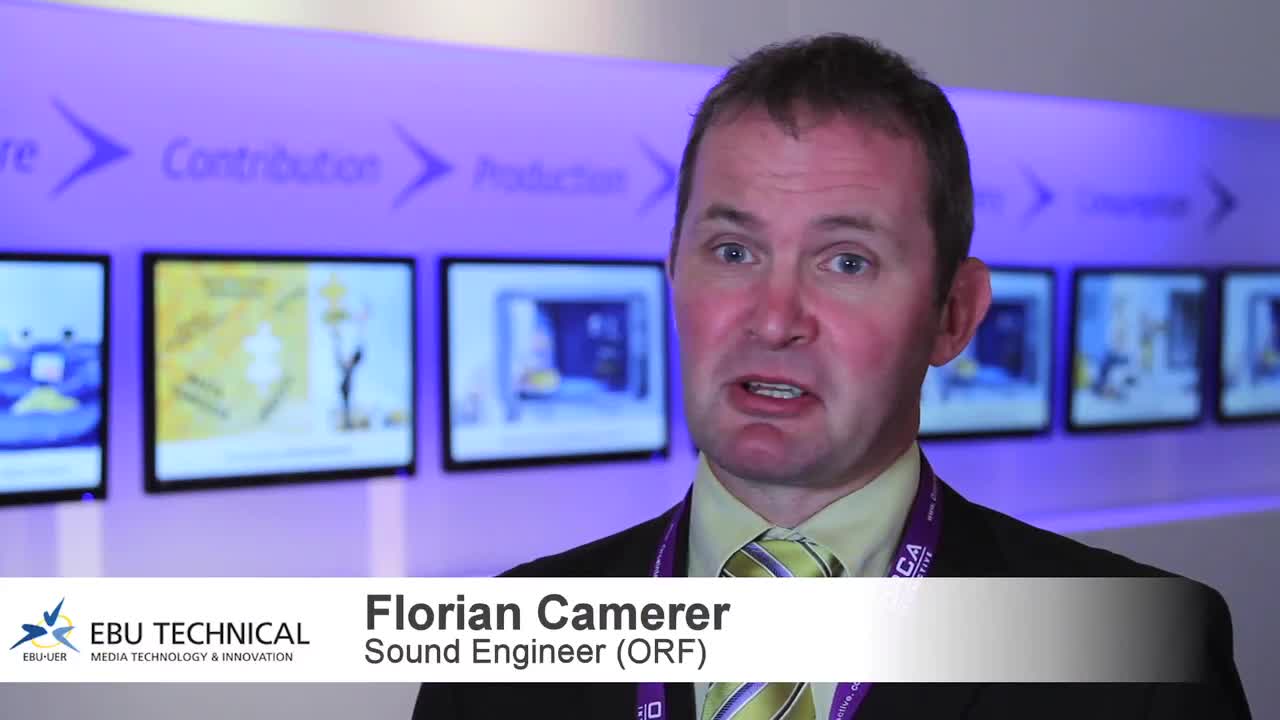 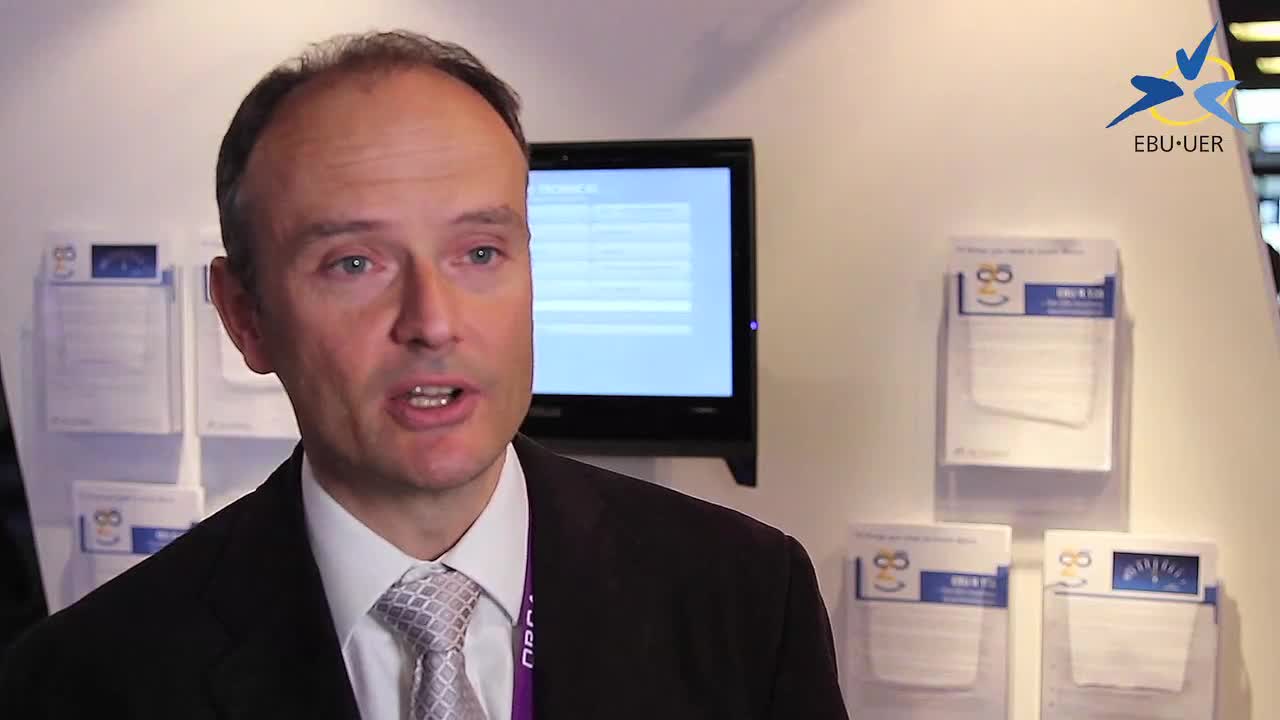 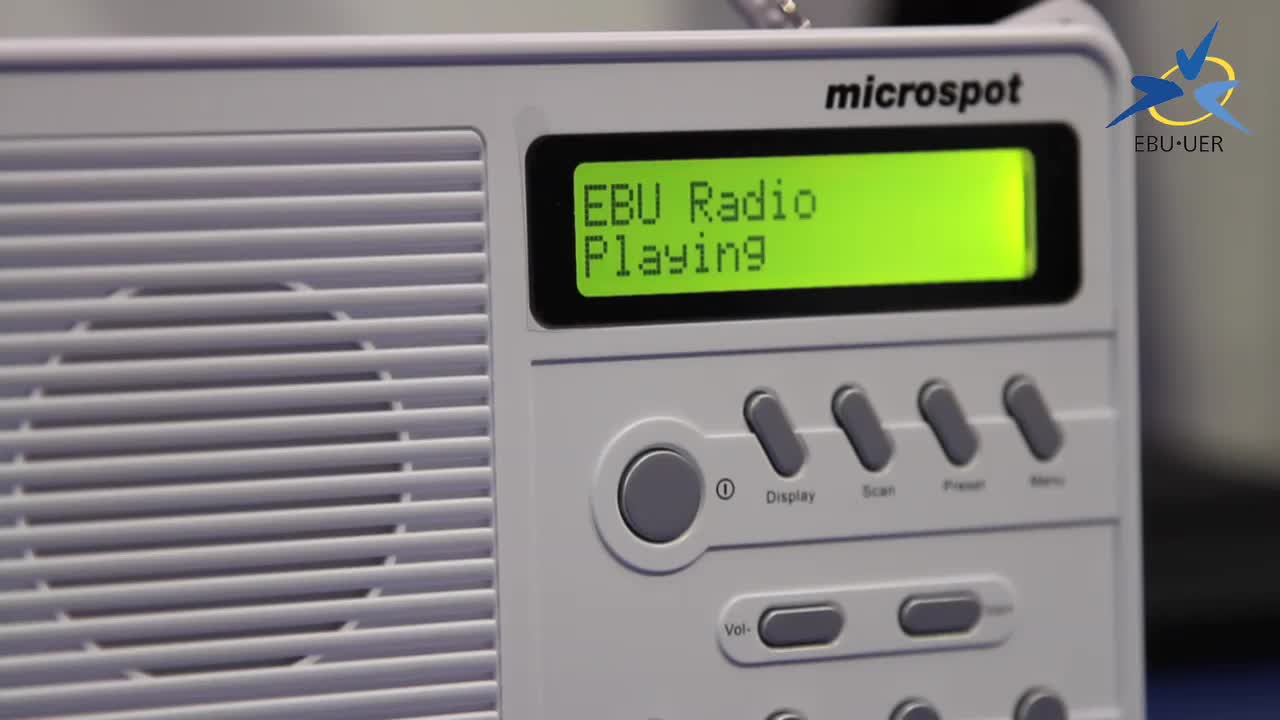 Other organisations/projects on the stand: