This week Radio Bremen is hosting the first IMPS visit, part of the EBU Strategic Programme on Integrated Media Production Strategies. In his keynote, Managing Director Jan Metzger emphasized the importance of creating the right mentality among the staff and the need for flexibility, both in the human and the technical sense. A key responsibility lies with the management, he said, which needs to project a common vision to have the organisation aligned.

Another particular advantage helping Radio Bremen may be its size. Being the smallest of the German public broadcasters has its drawbacks, but as Director of Business Development and Operations Brigitta Nickelsen suggested in her presentation, it does encourage flexibility and creativity. Radio Bremen was actually the first to start, over 30 years ago, with the highly successful daily regional tv news show. A more recent innovation is the “Digital Garage” project, where a young team of producers creates formats to make sure Radio Bremen's audience includes the difficult to reach young adult segment. The approach has been very successful, and the Garage team now is recognized as an internal resource too. In addition they invented a “daily web news show”, which is just now becoming a nationwide project. 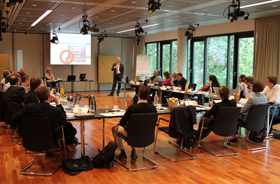 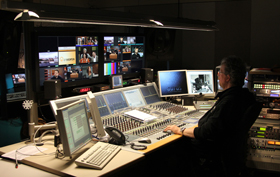 
The first day of the IMPS visit included a tour of Radio Bremen's facilities and an explanation by technology manager Bernd Bielefeld of the different modules. One major issue the broadcaster faced has been the sudden change by Apple of its strategy for Final Cut Pro, which is the core NLE (non-linear editing system) used at Radio Bremen. And they were not the only one: various participating EBU Members recognized this and indeed other technical hurdles. Day one ended with an open, interactive exchange of the current status among the participants’ organizations and the main challenges ahead.

One of the surprising “Digital Garage” outcomes is a German dialect language course, supported through broadcasts, on the Internet and with a dedicated app.