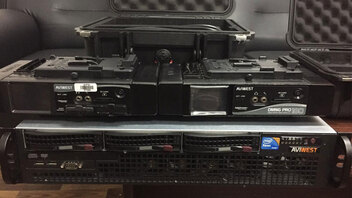 It has been a year of many challenges for Lebanese public service broadcaster Télé Liban. With the nation in the middle of a political crisis and shockwaves of the Beirut harbour disaster rippling through the country, the broadcaster’s services were more vital than ever.

But delivering these services had become difficult because urgently needed technical equipment was next to impossible to procure.

When Télé Liban reached out to the EBU technical community with their problem earlier this year, the reaction was swift.

EBU Technology & Innovation experts first clarified what equipment could be used to address the problem and then forwarded the list to the EBU technical community. The goal was to see whether any matching surplus or unused equipment could be found.

It was France TV who first responded positively, and following a few conference calls, the shipping arrangements were put in place. The 4G equipment for electronic news gathering has now arrive at Télé Liban in Beirut and is already being put to good use.

Earlier this year, the EBU community responded to a request from colleagues at the Lebanese broadcasters for urgently needed ENG equipment.