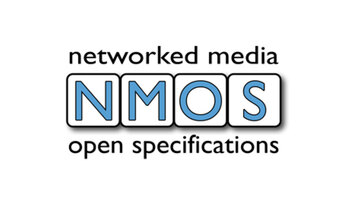 The EBU has published a position statement calling for an accelerated adoption of NMOS – the AMWA Network Media Open Specifications – by equipment manufacturers and the wider industry. NMOS specifies protocols for unit discovery, registration and connection management in IP production environments based on the SMPTE ST-2110 standard.

In a previously published specification, Tech 3371, the EBU had already named NMOS as a minimum technology requirements to facilitate the building and management of IP-based media facilities for the end-user. The ‘Pyramid for Media Nodes’ described in Tech 3371 specifies a stack of functions and protocols for that purpose, with NMOS as one of its main building blocks.

“We realized that, in a serious deployment, ST 2110 alone requires a huge amount of manual configuration work”, said Félix Poulin, Director of Engineering Lab Services at CBC/Radio Canada, one of the leading organizations in IP infrastructure deployments. “We need NMOS support across all devices to get closer to the ease of use and plug-and-play usability of SDI.”

Speedier deployments and growth with NMOS

In its position statement, the EBU Technical Committee is asking manufacturers and trade associations to send a clear message by making a committment to the relevant AMWA IS-04 and IS-05 specifications, and by including them in their product roadmaps. The intention is to both drive the maturation of the multitude of products that have emerged and to support the continued growth of the ecosystem and market around ST 2110.

Mark Patrick, Lead Architect at BBC Major Projects Infrastructure, agrees: “We need to see a confident leap from the R&D lab to available product. The delayed implementation of a common control standard is holding up the widespread adoption of ST 2110 product.”

“The first major IP projects are now setting the best practice parameters for the next wave of adopters, and it is important that those projects are based on open standards and specifications”, Hoffmann said. “Without the discovery, registration and connection management functions offered by NMOS, progress would be slowed.”

The European Broadcasting Union (EBU) is the world’s foremost alliance of public service media (PSM). Our mission is to make PSM indispensable. We have 119 member organizations in 56 countries in Europe, and an additional 33 Associates in Asia, Africa, Australasia and the Americas.

Our Members operate nearly 2,000 television and radio channels alongside numerous online platforms. Together, they reach audiences of more than one billion people around the world, broadcasting in more than 160 languages.

Eurovision Services, our business arm, has an outstanding global reputation and is the first choice media services provider for many media organizations and sport federations around the world.